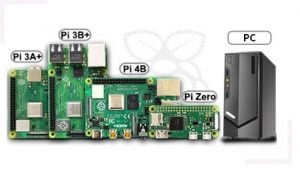 PC
When used as a computer monitor, no touch (additional HDMI cable required)