Being one of the most popular board in the world of electronics, Arduino has been developed in many different variants according to the needs and demands. Here, I said demand in the context of size and reliability. With the day … Readmore 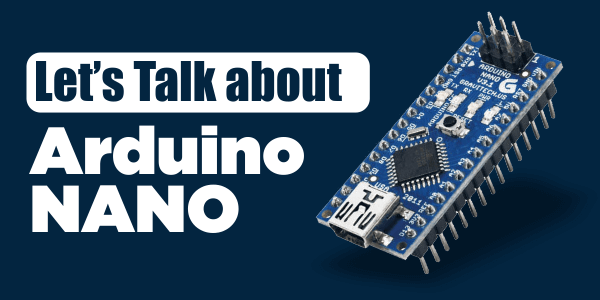 Being one of the most popular board in the world of electronics, Arduino has been developed in many different variants according to the needs and demands. Here, I said demand in the context of size and reliability.

With the day by day evolution of complex circuits and electronic appliances, the motherboards and development boards becoming more compact in size. Arduino Nano is one of the example of this change. As the name itself suggest it is smallest board in Arduino family till now. 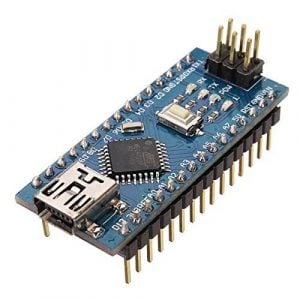 Arduino Nano is a small, complete, and breadboard-friendly development board based on the ATmega328 (Arduino Nano 3.0) or ATmega168 (Arduino Nano 2.x). It has more or less the same functionality of the Arduino UNO, but in a different package. It lacks only a DC power jack, and works with a Mini-B USB cable instead of a standard one. The connectivity is the same as the Arduino UNO board.

NANO has the same functionality and the same features except the number of pins and size than other varient in its family. Due to compact size, the only limitation of this board is it doesn’t have any input power jack. So, you can’t supply power from any external power source like a battery. Apart from this, more or less this board is quite similar to any Arduino board.

This development board provides small plate with the same powerful microcontroller as on the Arduino Uno. So it is compatible with all Arduino ecosystem and ideal for fast prototyping and easy integration, It can be used with other sensors to create different montages.

Nano is Ideal for small projects and has the advantage that it can be programmed via USB or even you can programe it using your Android phone. Although the is no offiicial IDE for Android yet but makers community find the way to it.  Here is the Source to more information on it

Now let’s look at the Arduino NANO Specifications and Features.

Here are the technical specifications and few of its basic features which you must know if you are thinking to work on this great microcontroller board:

Arduino Nano pin configuration is shown and each pin functionality is discussed below. 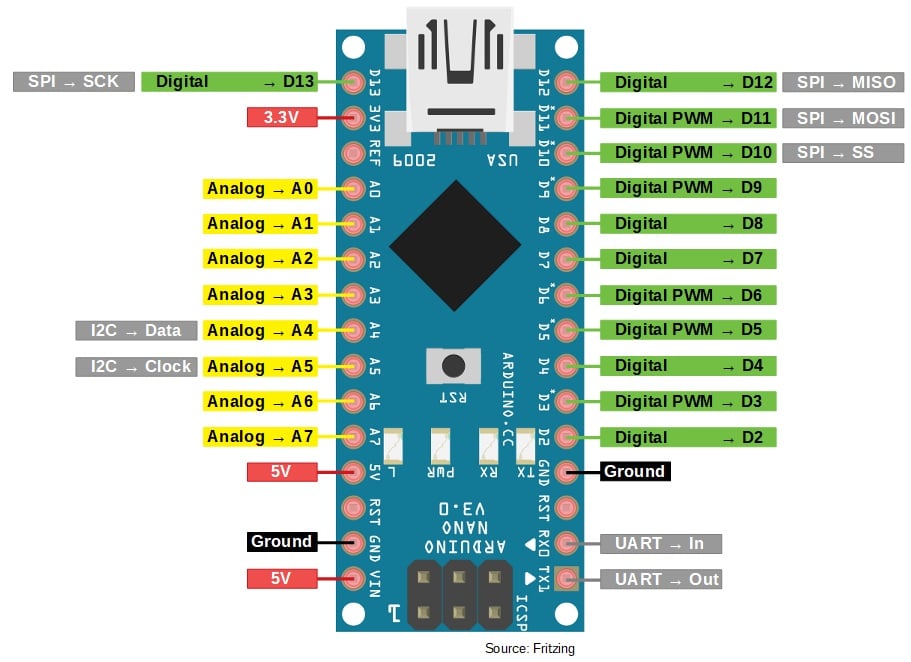 Arduino nano programming is not different than any other version of Arduio Board. It can be done using the common Arduino software made for all type of operation systems by Arduino Official. This software is commonly known as Arduino IDE.

The board can be directly programe from the Arduino IDE, connecting your NANO board to the PC using the USB mini (Nano side) to USB B-type (PC side) cable. You just need to download Free Arduino IDE software available for all operating systems or you can code it online too on their online Arduino Web IDE without any downloads and installations.

Here is link to dowload the Latest Arduino IDE Software

Note: Choose the download option according to your operating system.

I hope now you got the brief idea about whats is Arduino programing. So next I will guide you how to download and configure Arduino IDE step by step and run your first code.

Arduino installation is not big science actually,  it is just like any other software installation where we need to follow the instructions pops up itself by Software and hitting next button till finish one is arrived.:D

But still if you are bigginer, here is the best link to guide the installation steps.

Yes, Take me there

Steps to use the Arduino IDE

Once Arduino IDE is installed on the computer, connect the board with computer using USB cable. Now open the Arduino IDE and choose the correct board by selecting

and then choose the correct Port by selecting

Arduino Nano is programmed using Arduino programming language based on Wiring. To get it started with Arduino Nano board and blink the built-in LED, load the example code by selecting

Once the example code (also shown below) is loaded into your IDE,

click on the ‘upload’ button given on the top bar.

Once the upload is finished, you should see the Arduino’s built-in LED blinking. Below is the preloaded example code for LED blinking

digitalWrite(LED_BUILTIN, HIGH);   // turn the LED on (HIGH is the voltage level)

digitalWrite(LED_BUILTIN, LOW);    // turn the LED off by making the voltage LOW

After running the code, the onboard LED should start blinking according to the frequency of delay you set in code like this.:D

If you are just beginner and haven’t used Arduino and its IDE yet. Do not worry it is very simple to understand. Yes can say it  because I learned to code Arduino in just 2 hours for first time with the help of steps provided in Getting Started with the Arduino Nano article by Arduino officials itself and many helpful videos from YouTube.

Even you can edit and run buit-in sample codes in Arduino IDE. Follow the link below to know more about buit in code and steps to get it in your IDE from Arduino Official Tutorials. Click to Open it in new Tab

Applications of Nano Arduino Board

These boards are used to build Arduino Nano projects by reading inputs of a sensor, a button, or a finger and gives an output by turning motor or LED ON, or and some of the applications are listed below.

Other Arduino Boards and Accessories

It is one of the most compact and smallest Arduino board. So, you can use this tiny board in your prototype more often than Uno or mega. It is, however, better to avoid it if you have a bulk of code or more input/output operations.

I hope you got the facts for which you were landed here. 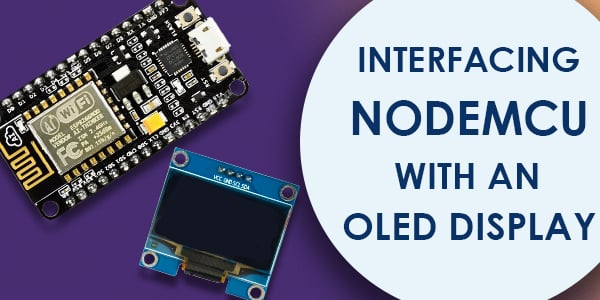 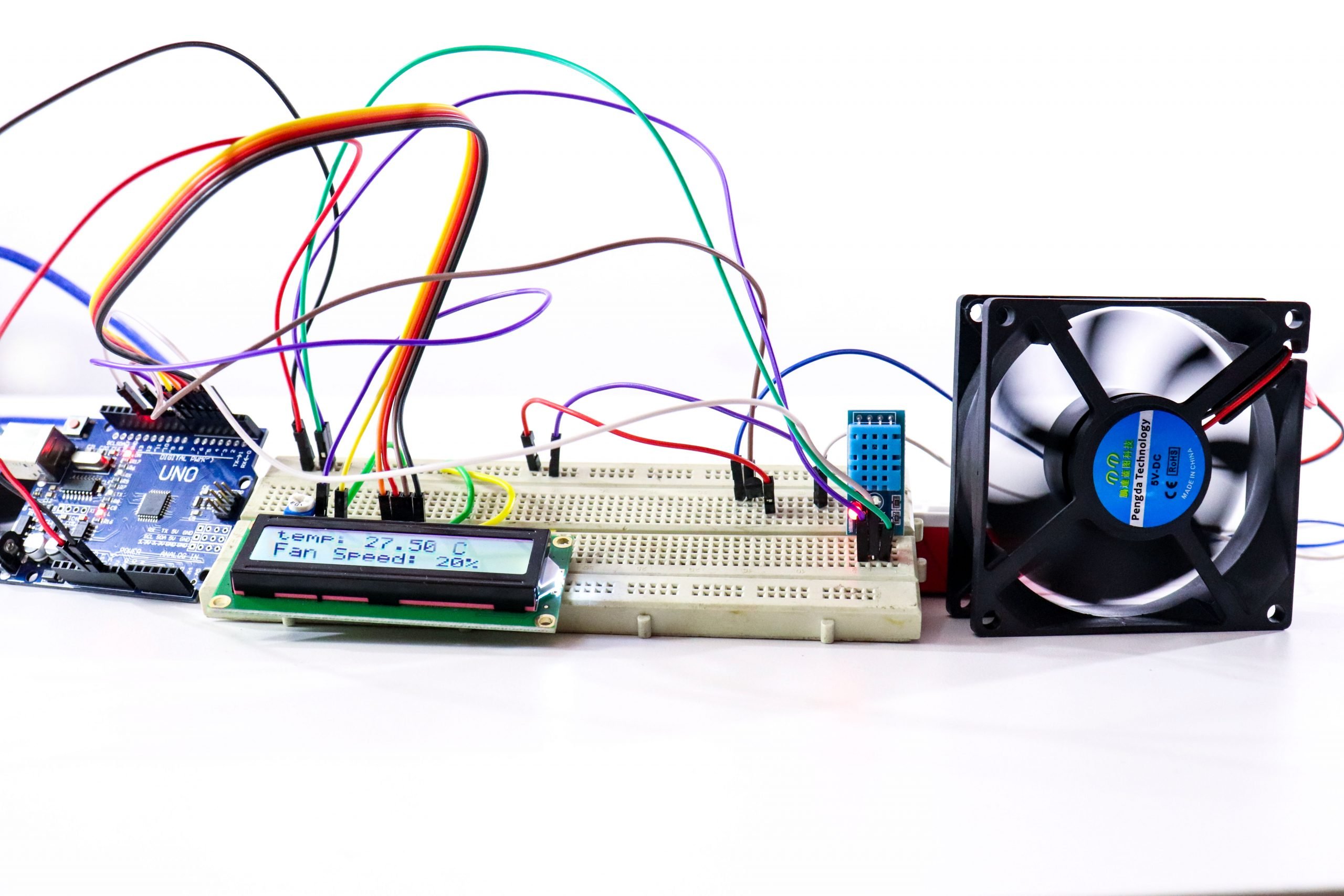 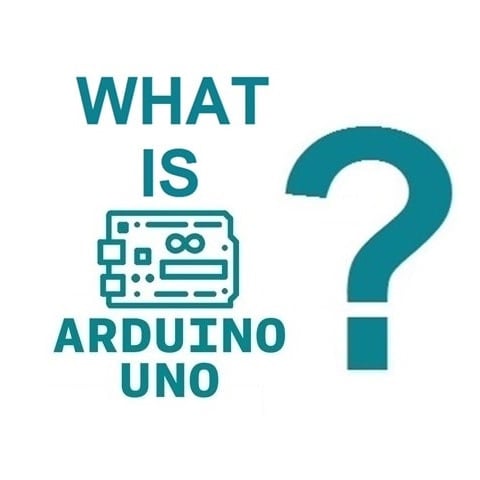 Hello there! You seems to... 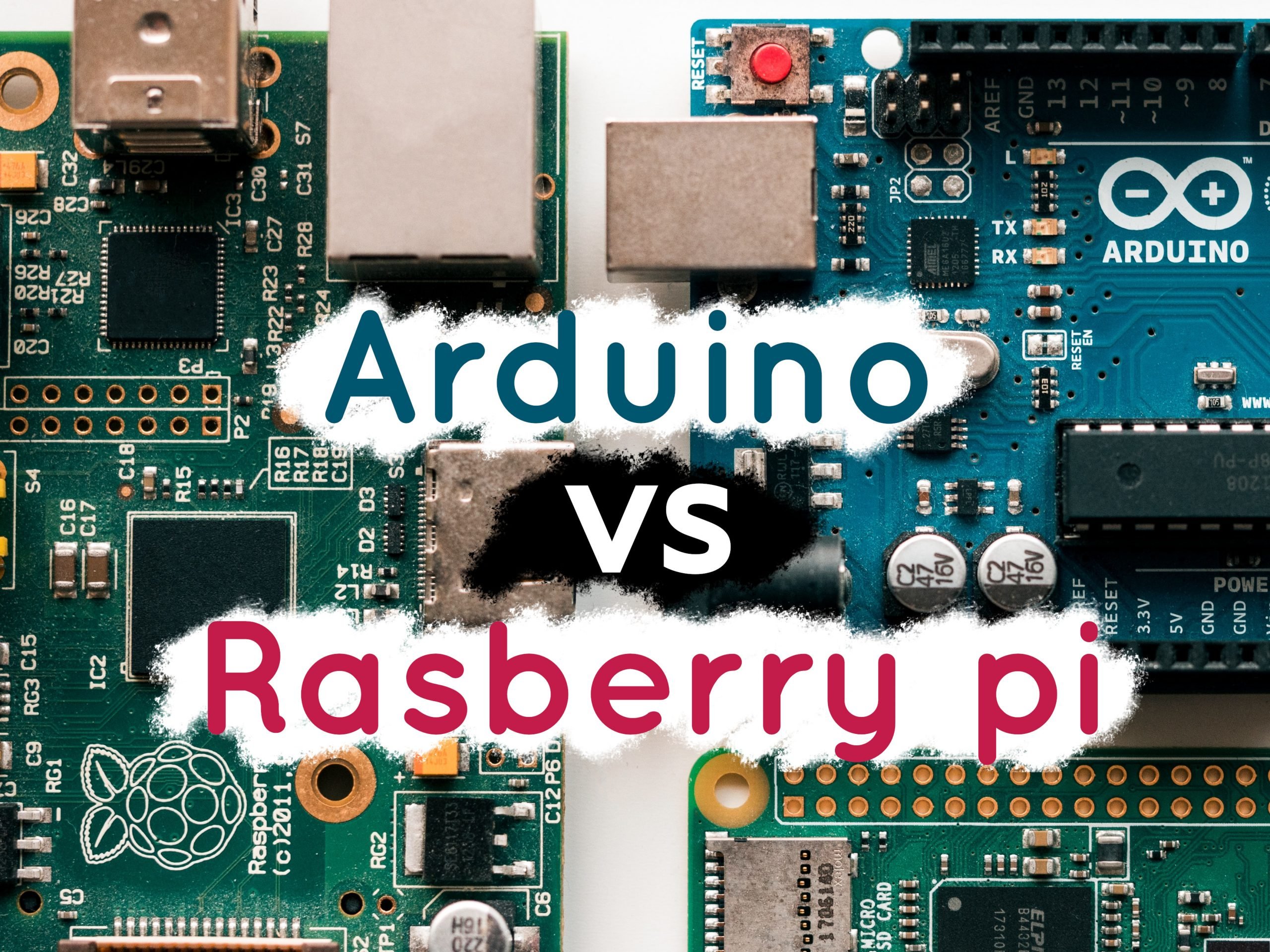 Arduino vs Raspberry Pi - What is the difference?

Hello! you all reading the...

What is Arduino Mega?