The paramount of this Line Follower Robot is the IR Sensor and Detector(Photoresistor/Photodiode) which actually senses the line and run over it.

SmartElex RLS05 have 5 analog and digital outputs to the user indicating the presence of the line. The user can use both analog and/or digital signal. Each Sensor has its own LED as an indication of line detection. Each sensor on SmartElex RLS05 is independent of each other. 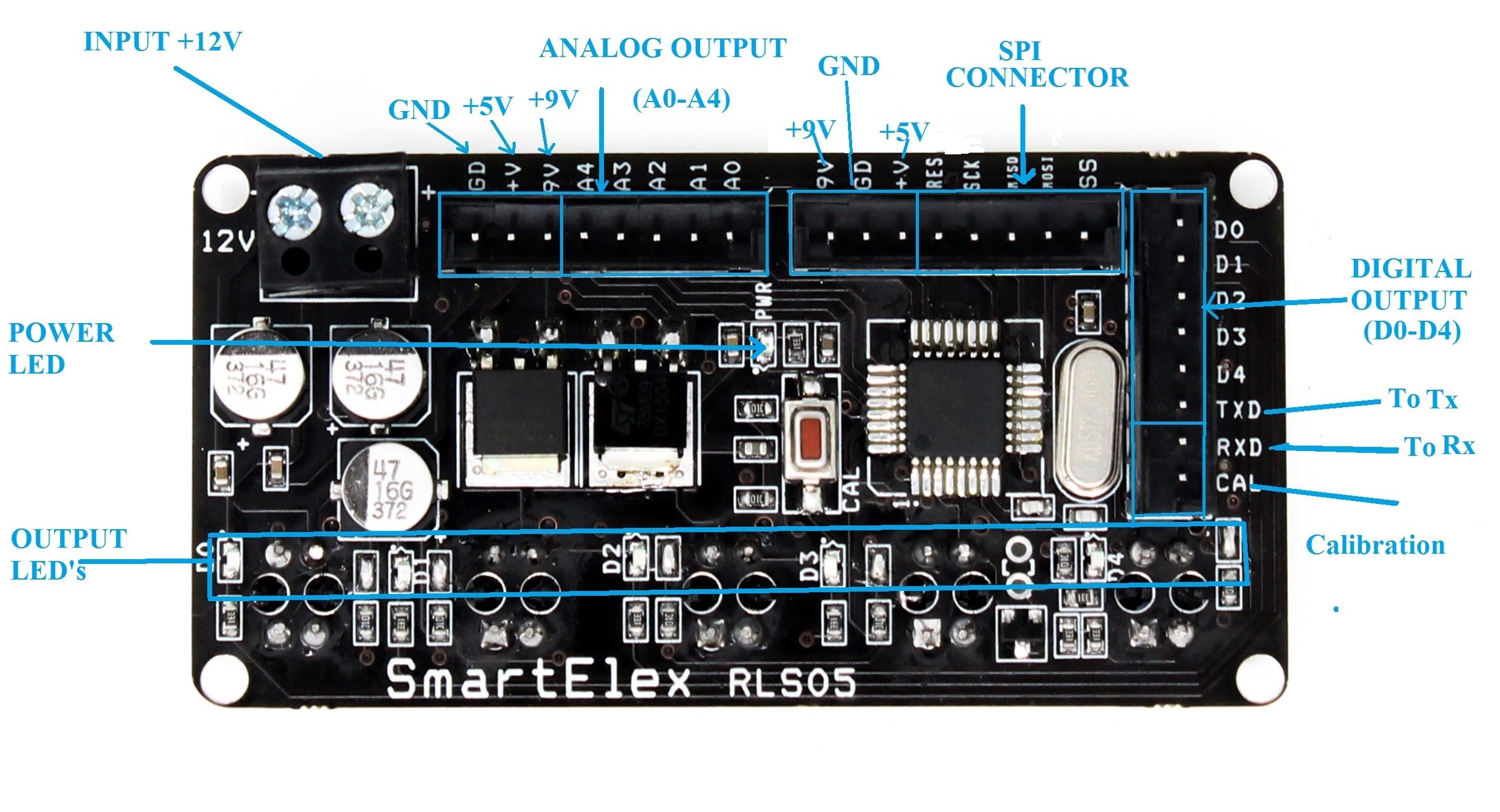 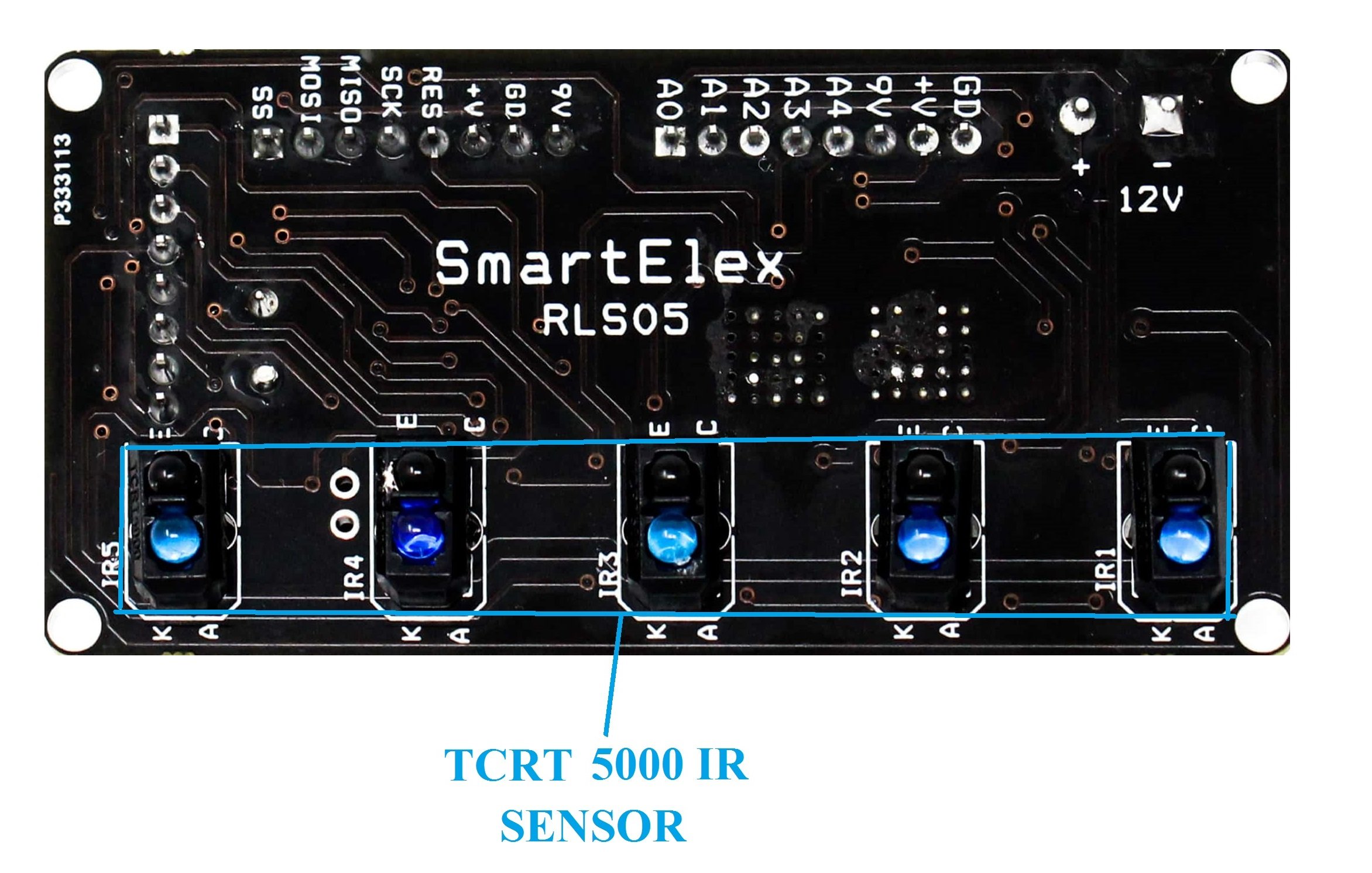 RLS05 need to be calibrated to save the black and white value of the surface that it will do the line follow. SmartElex RLS05 save values in EEPROM. Hence, only one-time calibration is needed for the same surface and line.

Step 1: Entering into Calibration Mode
To calibrate RSLS05, simply press the calibration button once or pulling down the Cal. for few milliseconds. Three LED’s (D0-D2-D4) turns ON means it entered in calibration mode.

Step 2: White surface reading
Here you have to place the RLS05 Module on a white surface to read the values. By pressing the calibration button one more time, two led turn ON (D3-D4) means it read and saved the white surface data in EEPROM. 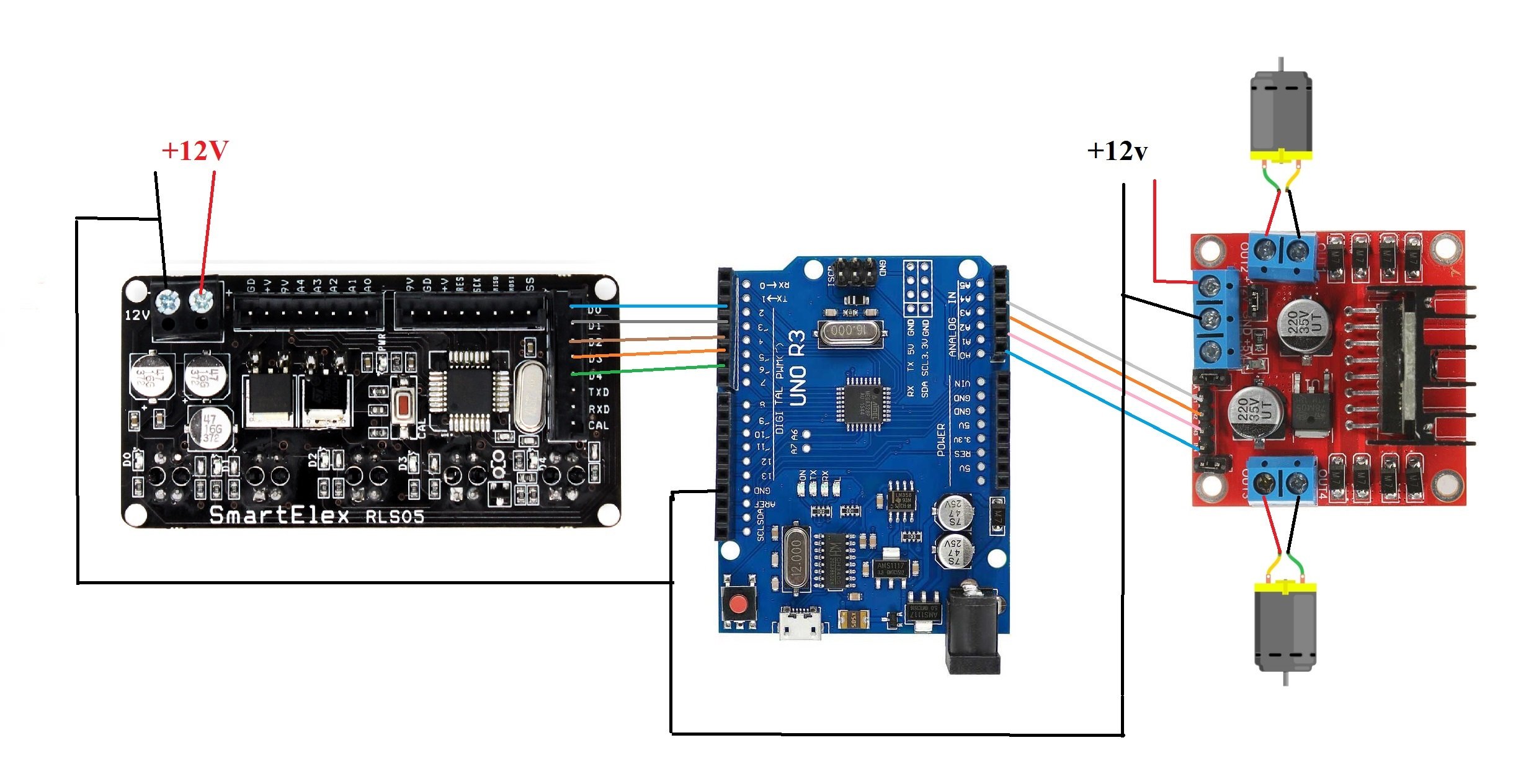 What voids the warranty: